I wrote this Narrative for a Writing Class I was taking in October 2001. One month after 9-11-2001 was still fresh in my mind. I just re-read this 10 years later and thought it would be something to share with all of you. I know we all have our stories to share for this terrible day. My instructor told me to save this so I could share it with my children one day. I did save it and I’m happy I did. I will share this with my children later when they get home from school.

The date of September 11, 2001 will live forever in my memory. It was a day of great sadness and horror. As I think back to that day, I remember how it all started.

I arrived at work at 8:15 A.M. ready to start another typical day at work. I turned on my computer and went to fetch coffee and breakfast. I chatted with some co-workers about current events then returned to my desk. I had some free time before I started work so I logged onto AOL to check my e-mail. There was nothing new, just more junk mail that I deleted. At approximately 8:45 A.M. I saw my sister log on and we started chatting. Suddenly an e-mail popped up on my work e-mail from CNN. It was breaking news stating that a plane had just hit the one of the Twin Towers, details to come later. I cut and paste the e-mail into an instant message and sent it to my sister who responded in disbelief. I looked around the office to see other co-workers discussing something about the towers. I logged off with my sister and went over to talk with them; apparently they had received similar e-mails. “Let’s go out on the roof and check it out”, I said. We walked over and pulled open one of the windows.

The building I work in is eight stories high and located on Sixth Avenue between 19th and 20th Street. I work on the eighth floor, part of which opens onto a roof through windows. My co-workers and I went out onto the roof and looked in the direction of the Twin Towers where we saw a large burning hole in the side of one of the buildings. We all stared in disbelief at the opening which was shaped like an eye – large and black with flames all around. It just seemed like an everyday plane had gone out of control and crashed into the tower. Little did we know that there was more to the story.

At approximately 9:05 A.M. I ran inside to call my father and tell him what happened. As we were talking he was watching the news and saw another plane crash into the second tower. I hung up with him then and ran onto the roof once more. A few people who were outside already witnessed the second plane hitting. It just didn’t seem like an accident anymore. Something was going on; I was beginning to get scared.

I ran inside to the conference room where several employees were watching the news on TV. Somber faces watched in horror as the newsman announced that this was the act of terrorists. The newsman also announced that a plane had also hit the Pentagon. After watching the news for awhile, I went to my desk and called my sister at work, we were both frightened. We discussed the events for a few minutes when suddenly several employees started running toward the window to the roof. I hung up with my sister and ran with them. In the midst of the chaos, someone announced that Two World Trade Center had collapsed; they had seen it on TV. As I climbed out the window, one of my co-workers already on the roof was hysterically crying. She had witnessed the building collapse – she cried for the people who perished. I looked up to see the remaining tower as a huge cloud of dust and smoke rose into the air. Tears filled my eyes, I was thinking of my brother who should have been there working on the ninth floor of Two World Trade Center. Thankfully he was on business in California at the time. Then I was thinking of the other people who were there. Why did this have to happen?

After the first tower collapsed, we all wondered if the remaining tower would still stand. Our thoughts were with those who perished in the collapse and we could only hope that the people in the other tower would escape in case it too would fall. Less than an hour after the first collapse, the second tower gave in to the laws of gravity. Much like the first tower, the heat of the jet fuel melted the steel causing the floors of the tower to pancake to the ground. Another plume of dust and smoke rose into the air once again, covering everything in its wake.

At this time there was an announcement in our office that if anyone wanted to leave, they could. I made a few phones calls and told my husband I was okay but scared. I called my sister and asked her to meet me and we would walk to the 59th Street Bridge. I called my father and told him I was okay and would try to get home soon. At approximately 12 noon, a group of ten of my co-workers and I decided to trek up to the 59th Street Bridge. The public transportation system was questionable, we did not know if it was running or if it was safe. We just wanted to be out of Manhattan and the safest way out of the city seemed to be over the 59th Street Bridge.

The hike to the bridge took nearly an hour and a half. There were people from all over walking toward the bridge. The streets were deserted of cars which allowed us to walk in the already over-crowded street. We finally reached the bridge and had to slow our pace because the bridge was wall to wall with people and cars trying to escape whatever else may come. As we walked across the bridge, everyone could not help but look toward the downtown area. You could still see smoke and dust rising from the area where the Twin Towers once stood. It was hard to believe that these icons would no longer stand proud to watch over our beautiful city. There wasn’t a smiling face on the bridge, most were somber and scared. We all had one thing in mind at this moment; we just wanted to get home to our families. When I saw my family, the first thing I did was gave them a big hug and kiss and told them how much I loved them.

I will never forget that day as we continue on with our lives and watch the United States fight this war of terrorism. The day these terrorists killed innocent lives, including the life of a dear friend of mine. They scarred our city and made us all realize that we cannot take our safety for granted anymore – life will never be the same again. My memory of the events of September 11, 2001 will never be far from my thoughts and I pray that someday there will be an end to these horrific acts of terrorism. 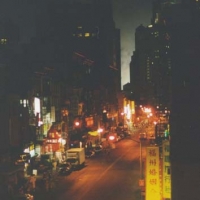 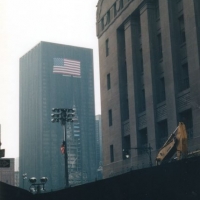 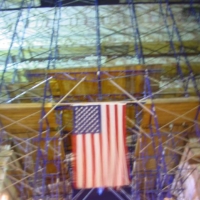 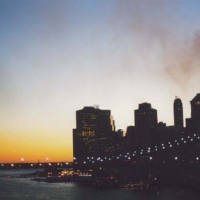 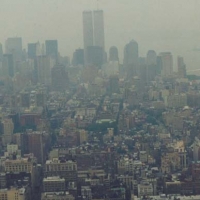