I don’t think any of us can forget where we were that day. I had been in NYC for about a week, was staying at a dorm with my son at NYU on Washington Square Park and we didn’t know how close or how far away we were from the towers. We were at West 4th Street near Broadway.

Some of my photos from that day and the few days after are on this site. There are no images below Canal Street, we weren’t allowed past the barrier there, and they were literally taking cameras away from people that did cross through. I had no desire to get closer than I was. We were in lock down for 3-4 days ourselves. I could walk to 14th street, but if I crossed I wouldn’t be able to go back. I had no ID saying that I needed to be in that area.

My life changed that day, even though I didn’t lose anyone on that day. I had to move to NYC the first time because of that day.

And that’s all I can say about it for now. Time to get away from the computer and go for a walk. I can see where the towers were from the end of my street where I live now. The people around me lost friends and relatives. 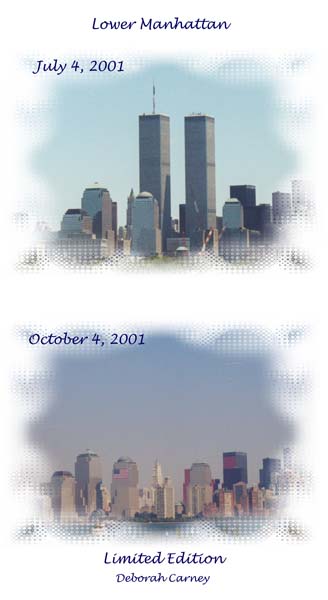 The memories of today are clearer than any other day. It was a beautiful Tuesday and I got to work early. Was in the train yard in Canarsie about 5 miles away from the towers as the crow flies.

I finished going through the train yard and decided to take a break. I head to the crew room and the tv was static. I said to a motormen what happened to the tv. They said a small plane hit the WTC and it knocked the tv signal out.

I immediately knew it was a terrorist attack. Years of living by JFK I know that no plane is ever gonna hit a building, a pilot would put it in the water first.
Lower Manhattan is like a no fly zone because of a few reasons but the approach to Laguardia and Newark being so close it is rare a jet or a small plane would be flying there. The exception is the tourist helicopters and small planes but they fly over the river.

The guys say to me you can look out the bathroom window and see the smoke. I go there and watched the second plane hit.

My first thought was to call home and let my family know where in the subway I was working since I bounced around a lot. Called Mom and she told me that my brother Eddie was working in the towers and they were waiting to hear from him.

Within a few minutes they shut down the subway trains from heading to Manhattan. I called the main office and they told me to go home.

I took the train to work and now they weren't running. Had to start walking. Luckily caught a bus down to Canarsie Pier. The Belt parkway was jammed going to Manhattan. Very strange to see Long Island fire trucks in Brooklyn heading towards the city. No traffic at all going towards Long Island. Walked about 5 miles to Howard Beach and my brother Bobby picked me up.

He let me know they heard from Eddie and he was ok. Covered in dust when the building fell but he was on his way to Brooklyn walking over the Brooklyn bridge to my sister in laws job.

Lost 3 friends that day. Could have been a lot more since our town ambulance went there and got crushed when the buildings fell. The 4 guys on the ambulance were missing for hours. 2 guys got cancer and one has passed at around 45 years old. This attack is still killing people and that makes me sad.

One of the first photos I ever took was me standing between the two towers looking up. Little did I know I would be taking photos later on in life. Speaking of photos, the iconic one of the 3 firemen carrying the flag. One of them is George Johnson. He was on one of the softball teams I played on. Kind of a different perspective when you know one of the guys in the photo. Makes it much closer to home. 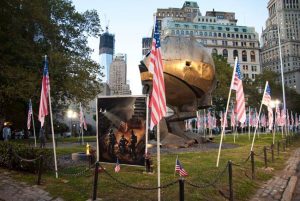 I'm Deborah and I started this site. Read more about me and my kids and my story at my site DeborahCarney.com. Below is my 9/11 story. After a rough weekend and a tough and scary Monday, we woke up late Tuesday morning and turned on the TV … END_OF_DOCUMENT_TOKEN_TO_BE_REPLACED

I wrote this Narrative for a Writing Class I was taking in October 2001. One month after 9-11-2001 was still fresh in my mind. I just re-read this 10 years later and thought it would be something to share with all of you. I know we all have our … END_OF_DOCUMENT_TOKEN_TO_BE_REPLACED

You have all read stories of 9-11 told by civilians. Here is 9-11 as seen thru the eyes of a soldeir. --Where were You? It is a little before eight a.m. in the DIVARTY headquarters on Fort Hood, Texas as I follow my buddy, Chief Warrant Officer-3 … END_OF_DOCUMENT_TOKEN_TO_BE_REPLACED

From Franklin Ross: I remember going to school that warm September day. I remember my first class was economics. I remember a sudden urge to go to the snack shop halfway through class. I remember leaving class and heading up the stairs to the main … END_OF_DOCUMENT_TOKEN_TO_BE_REPLACED

From Claudia Keenan: A clear blue sky arched over Kansas on the morning of September 11, 2001. I know that, can still see it, because driving home from an early trip to the grocery I glanced up at the white paths of exhaust left by planes curving … END_OF_DOCUMENT_TOKEN_TO_BE_REPLACED

From Glenn E. Huiett Jr.: We were sitting in our bedroom preparing to go to work. Our son entered the room and told us that a commercial jet had just flown into one of the world trade center towers. Not sure of what he had just told us we tuned … END_OF_DOCUMENT_TOKEN_TO_BE_REPLACED

From Beverly: I worked at an embroidery business located on the edge of Davenport, Iowa. My mother-in-law and my youngest son also worked there. We were busy running machines and trimming garments when my 20 year old son arrived. He asked … END_OF_DOCUMENT_TOKEN_TO_BE_REPLACED

We didn't know each other yet, but now we are good friends. Here is a video Shawn Collins created for the 6th Anniversary of 9/11: http://youtu.be/Pgu0vaQCLjs … END_OF_DOCUMENT_TOKEN_TO_BE_REPLACED

From Lynda M: I was working at the school in the early am. I teach 2nd grade. We were all in the office making copies and preparing for the day. One of the other teachers came in and told us what had happened. We weren't sure what was going on. We … END_OF_DOCUMENT_TOKEN_TO_BE_REPLACED 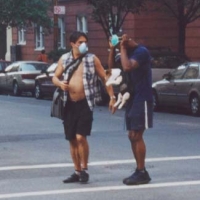 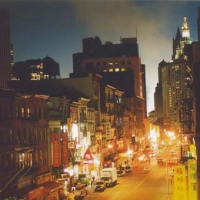 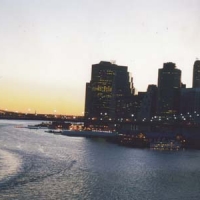 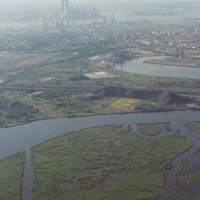 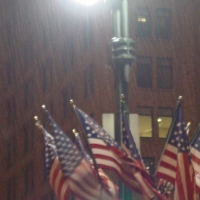 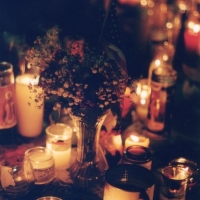